A History by Bernard Chandler 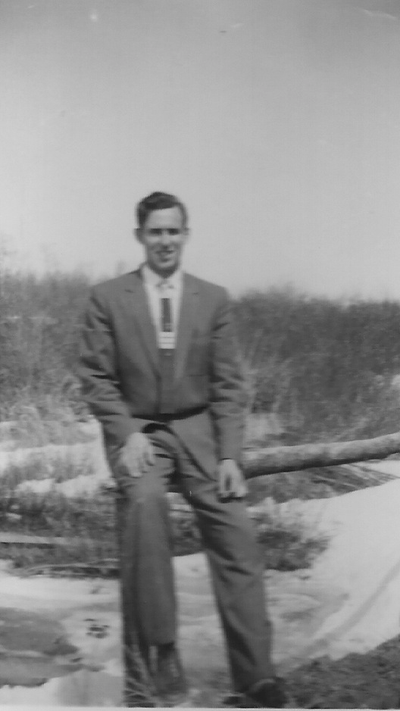 Preface
The motivation for this history is four-fold; to tell the story of making the decision to build a school, to describe the actual construction of the school and to detail the school board and the school operation.  The final reason for writing this booklet was to have it included on the internet so that the history would be available free of charge for all time.
While writing this book the author was limited by the information available on Arden Leigh School.  The board’s meeting minutes were the primary source of information while a previous document “The History and Memories of Arden Leigh School S.D. 5015, 1934-82” also provided valuable information on names of the first attending students, the teachers, the district families, the trustees, chairmen and those who served as secretary-treasurer, janitor and attendance officer.
The author’s enrolment at the school from 1943-1952 for grades one to eleven as well as teaching students from this school during 1954-56 school years provided considerable first hand information. 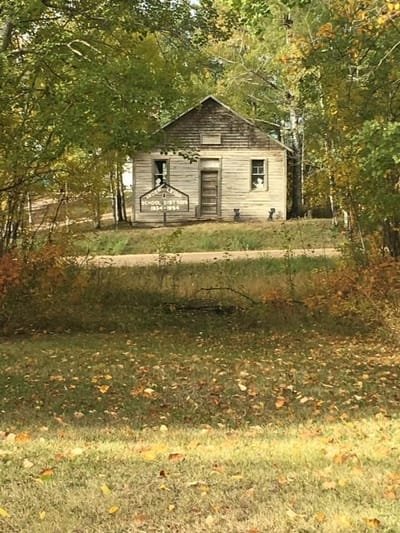 or if it is referring to Arden Leigh as a school it should read:

but it mixes up two ideas; 1934 was the start of the district while 1954 was the end of school enrolment.

Four people are acknowledged for their contribution to Arden Leigh School.

Acknowledgement of Sigurd Sundberg for his role in designing and supervising the construction of Arden Leigh is paramount.  The building he designed was both aesthetically pleasing and structurally sound. His strong leadership as chairman of the board during the construction resulted in a facility that was completed in record time.

My father, Clarence Chandler, not only contributed to the formation of the district, but was a significant influence in the approval of building the school. Further I would like to acknowledge my deceased father for his involvement as the attendance officer, as a school trustee, often as a chairman and unofficial representative to the larger school unit. His contribution to education in a rural school in Saskatchewan is unparalleled.

My grandfather, George Sokolowski, who was illiterate in both English and Ukrainian made a significant contribution to Arden Leigh School.  Prior to the construction he hosted ratepayers’ meetings at his house including the June 12th, 1935 meeting that approved the construction of the school.  As well he provided the land on which the school was built, worked as a plasterer on the school and did touch-up plastering as needed. He was the janitor who was paid four dollars per month for a number of years and even lent his grandfather clock to the school when it first opened.

Previous documents have been written about Arden Leigh School #5015. My sister, Shirley (deceased), made a significant contribution as the leader of a group that prepared a document for the Arden Leigh reunion in 1982 entitled “The History and Memories of Arden Leigh School District #5015, 1934-82”. This document briefly gave the history, but more extensively gave the students’ and residents’ memories of the school.  It also named the students that attended, listed the teachers and the trustees that served.  This information was invaluable in preparing this history. A special thank you to Shirley and her committee for their work in retaining this piece of history.

Furthermore, this book acknowledges all the Arden Leigh ratepayers who worked to ensure that the school was open for all the years 1936-54.  They were always able to obtain the funding to employ teachers which was not the case for many other schools in the province.

Arden Leigh School District #5015 was approved by the provincial Department of Education.

June 12th – Ratepayers approved a motion to build a school

August 24th – Construction of school progressed to the point where the board requested the Department of Education inspector procure a teacher.

February 1st – Mrs. T. White(Flora)seconded a motion to pass all reports as read at an annual ratepayers’ meeting.

- approved private functions at the school with an advanced payment of $5 and support of two trustees; but could be cancelled if not conducted in an orderly manner.

March 4th - School commenced with Mrs. H.(Helen)G. Cooke as teacher at $350 per annum plus an advance for board and lodging.

February 5th – The board approved a motion that dancing was not be permitted in the school.

February 2nd – The second annual meeting approved a motion that the school be thrown open for entertainment with a deposit of $3, permission of two school trustees and the sponsoring person be held responsible for any damage.

-Again a motion was made to split up the district and divide the students among three adjacent school districts lost.

- 11th – The board excused a child from attendance for 30 days because of her mother’s illness.

- A board motion was passed indicating that dances could be held only when sponsored by the trustees or the teacher.

June 12th – Two students, Evelyn Nystrom and Lillian Mitchell, came up for review for their behavior. As a result they quit school because they were both over the compulsory school age of 15.

-Non-resident student enrolled on an advanced payment of 8 cents per day tuition fees.

June 1st – Tender for $7 from Frank Walton to fence the schoolyard approved.

February 14th – Accepted a tender from E.O.Nystrom for logs to build a barn.

June 1st – Board of Trustees decided that complaints about the teacher must be in writing in the future.

Summer – Replastering of the outside school walls and installing spruce siding on the walls and shingles on the gable ends was completed.

Mrs. Katie Kattler elected as second female chairman of the board.

January 1st -The larger school units were established in Saskatchewan.

- Larry Zbitnew hired as a teacher for February to April.

February 18th  – Approved the building of a new school.

June 18th – Elected a local school board even though the school unit had taken over most of their duties.

June 14th – Shavings were approved to insulate the ceiling of the school.

February 24th – Letter to the school unit pointing out that the school was beyond repair.

March 6th – Approved a motion to have a school moved in because “something needed to be done before the next term”.

September 1st – Bernard Chandler was employed by the Sturgis School Unit #45 to convey Arden Leigh students to Stove Creek School where he would teach students from both schools.

May 3rd – Parents expressed concerns about having their students transported to Stove Creek School for another school year. A letter to this effect was written to the school unit board.

June 15th – Letter received from the School Unit addressing the parent’s concerns but no reasons given in the minutes to continue the status quo.

March 28th – The last meeting of the board, attended by Sam Gugins and A.C. Chandler, was held.

Chapter 1 The Decision to Build A School

I BUILT MY SITE FOR FREE USING