Chapter 1 The Decision to Build A School 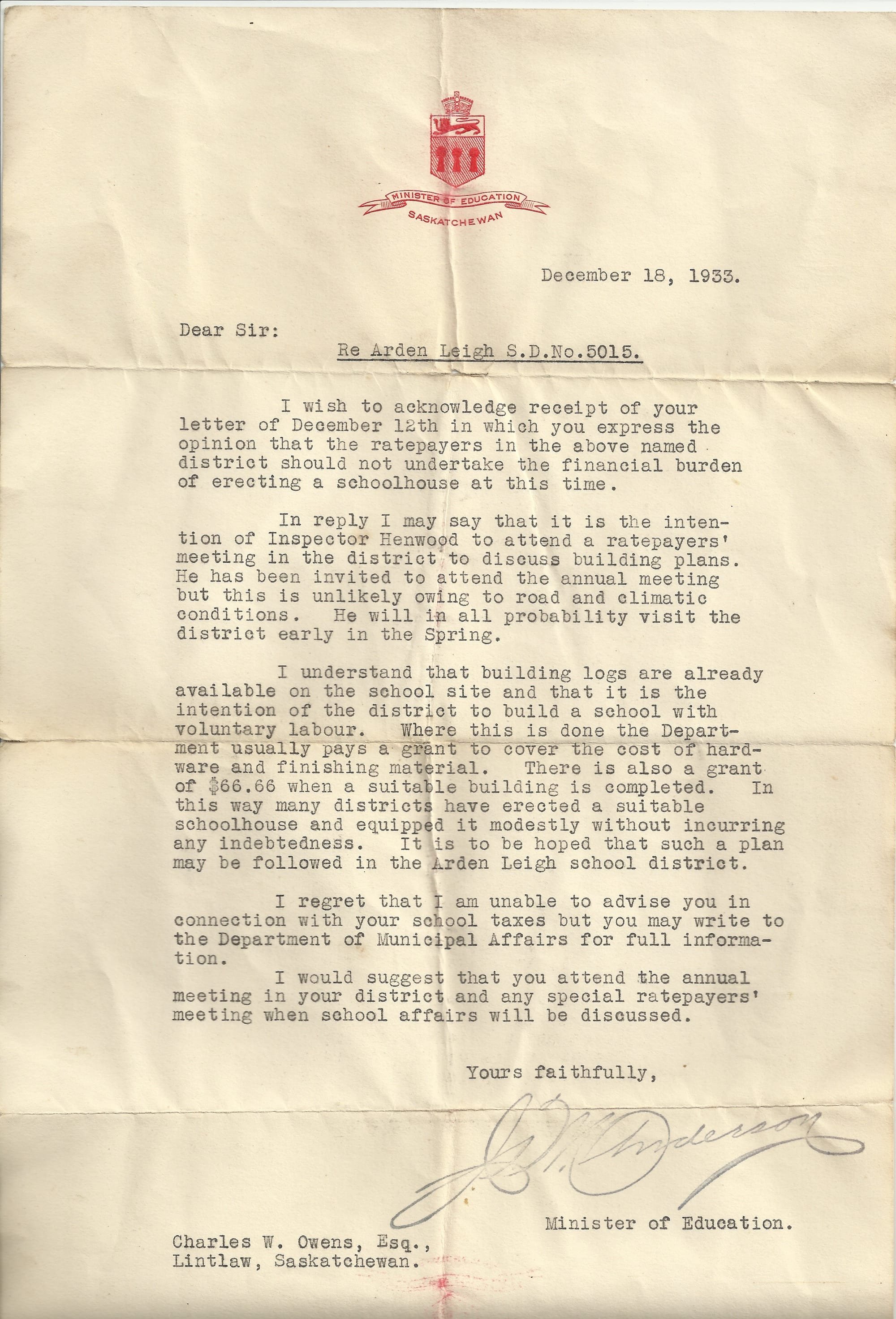 The Decision to Build a School

It didn’t take long for most homesteaders to realize that a school was essential in the community. Talk of building a school started as early as 1933.  As a part of this discussion a bachelor wrote a letter to the Department of Education expressing his concern about building a school. The Department’s response below clearly supports the building of a school in the district. Although some children had attended school in their parent’s previous locations, some in their early teens had never attended school. To address their children’s educational needs the school board approved a motion requesting that a school district be formed. The Department of Education approved their request and formed the Arden Leigh School District #5015 prior to 1935. The significance of  #5015 is that it was the five thousandth and fifteenth school approved in Saskatchewan. Prior to the use of motorized school buses, similar rural schools were the mainstay of education in many countries including United States, Australia, New Zealand, the Scandanavian countries and Great Britain.

The origin of the name Arden Leigh is a bit of a mystery. The common theory of the day was that it was named after ‘some place in Scotland’ and in fact an area in Glasgow is named ‘Arden’, but nowhere is there any reference to ‘Leigh’. Furthermore, there were no Scottish people in the community to suggest the name around the time the school was to be named. A match with an area in England seems more likely. In medieval times the Arden Forest covered a large area in the Midlands north of the Avon River. When spots in the forest were cleared for farming, they were called ‘leighs’ or ‘leas’. The land was rocky and not very productive which matches Arden Leigh School area conditions to a ‘tee’ – it was built in a spot carved out of the forest with rocky clay soil. There were also a number of people in the community with English backgrounds to suggest the name.

One room rural school districts in Saskatchewan were typically four miles square. The west boundary of the Arden Leigh District was the main road which ran two miles north of Sundberg’s corner and then four miles east past the school. The east-west south boundary ran one mile south of Sundberg’s corner while the east-west north boundary ran one mile north of the school. 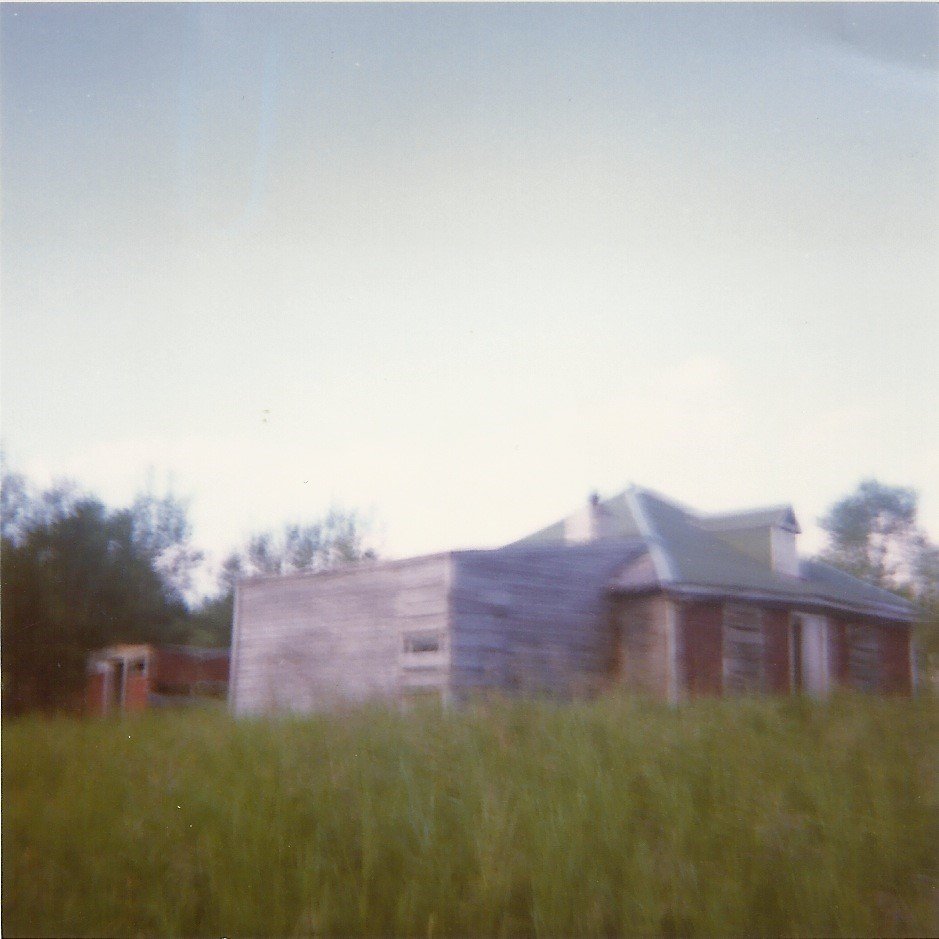 To directly address the educational needs of the district the board approved a motion to call a special ratepayers” meeting with Inspector Sparkes for June 12th, 1935 at George and Pauline Sokolowski’s residence. Nineteen ratepayers attended. There was a bit of intrigue at the beginning of the meeting.  Two bachelors and one family with no children were against paying taxes to educate other people’s children.  As a result they proposed a motion to split up the children and send them to the three adjacent schools. While this proposal seemed plausible, a careful look reveals that the nearest Arden Leigh ratepayers were to Stove Creek School on the east was six miles from the school and a similar situation existed in the west with Hazel Bloom School. In the south part of the district the distance for Chandlers, Whites, Sundbergs, Bourgets and Nystroms to Woodstone district was similar to the distance they would have to go to the proposed Arden Leigh School. However, Woodstone School had another issue- overcrowding- that made the proposal unworkable.  Besides, requiring attendance at schools outside their attendance area was not enforceable.  The motion lost by a vote of nine to four.

A follow up meeting decided the  wages that the volunteer ratepayers would be paid for working on the school.  Each man would receive 25 cents ($4.50)* per day and 12 cents ($2.16) for a team of horses for work on the school.  The ratepayers could work off of their taxes at this rate, but any work beyond would be ‘gratis’. Later, on November 20th, 1936 this was changed by the board to allow the full amount of work to apply to any arrears up to January 1st, 1936.